I just reinstalled from scratch a fresh copy of Fedora 32. I did this because the upgrade seemed to kill gambas 3. I wiped the drive and did fresh install. I then install gambas3 and same issue. It does not run. I get a message that says it stopped unexpectedly. No other message.

This is very important as it is a production system that is now out of service due to this issue. I have looked on other fedora 32 systems and get the same response on every fedora 32 system. This looks like a fairly huge issue if the fedora world can't run the gambas software.

I have checked and found issues with wayland however even disabling wayland makes no difference.

[pos@localhost ~]$ gambas3
QSocketNotifier: Can only be used with threads started with QThread
Segmentation fault (core dumped)

This link will tell you how to make Fedora run with X-11 https://docs.fedoraproject.org/en-US/qu ... e-session/

Here is my program Four2Nine running in Fedora 32 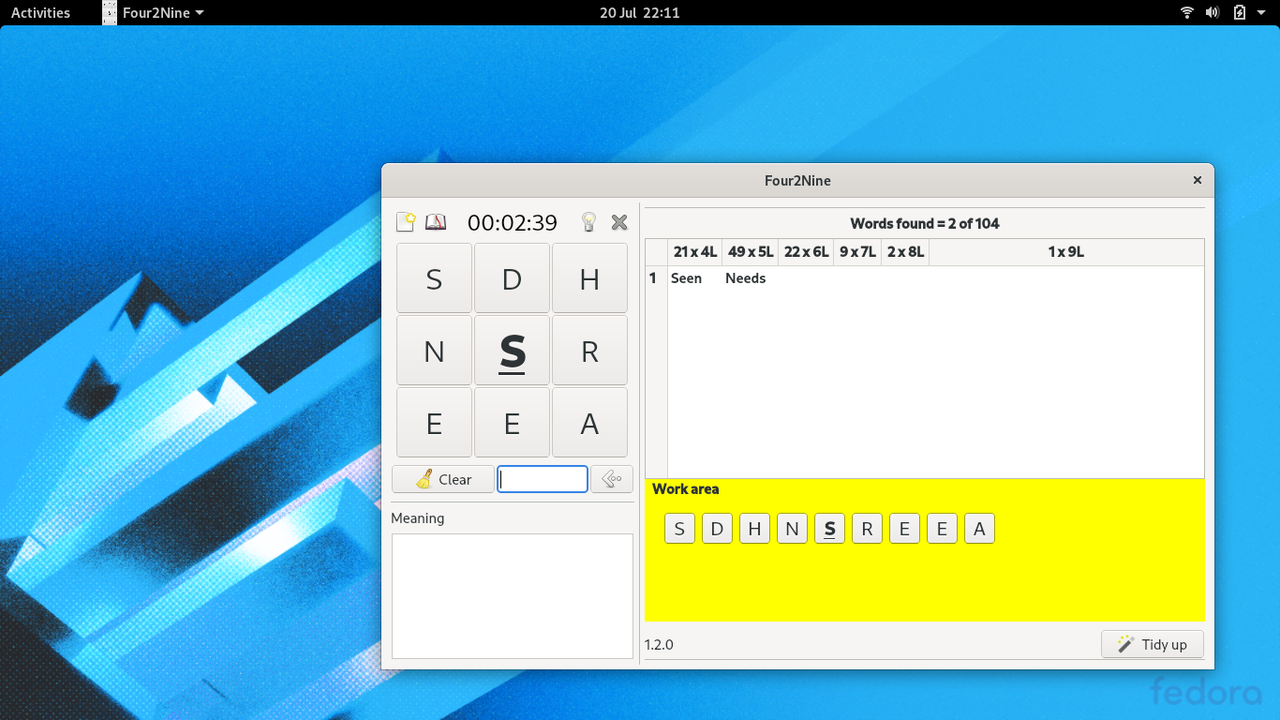 I hope that helps.
Top

Changed this post. yes this is now working. but what happened it was fine in F30 in wayland? Is this going to be addressed and fixed?
Top

Re: Crashes in Fedora 32someting

..but what happened it was fine in F30 in Wayland?

Are you sure you were running Gambas with Wayland as I have bumped into this problem before and I could not get it to run?


Is this going to be addressed and fixed?

There seems to be a lack of interest in making Gambas popular. The Ubuntu repository version of Gambas is broken. The latest Gambas ppa causes havoc if you try to update from 3.14 to 3.15. Someone wishing to try Gambas will be programming in something else when they have failed to get Gambas to work which is a shame.
Top

Yes Gambas doesn't run on Wayland, you have to switch to X11 session in GDM.
Have a good day.
Top

yes I am quite sure gambas was running with wayland. I had it on several systems some x11 some wayland. I would hate to see gambas vanish as it is great. I would also hate to try porting everything I have done to another system or language.
Top
Post Reply
6 posts • Page 1 of 1