This is a program that I've actually been using, a lot. It has the resizability and tooltip toggling built in, the rest should be rather self-expanatory, or read the tooltips.

The program works well. Sorted out my music folder in seconds. I was interested in your reziser and was able to confuse it. If you drag the left side all the way to the right side the program crashes at line 134 as the font is 0. If you resize the form diagonally to a very small area it fails to resize on returning to normal size. If you don't push it, it works fine but I'll stick to the Gambas way of doing this. 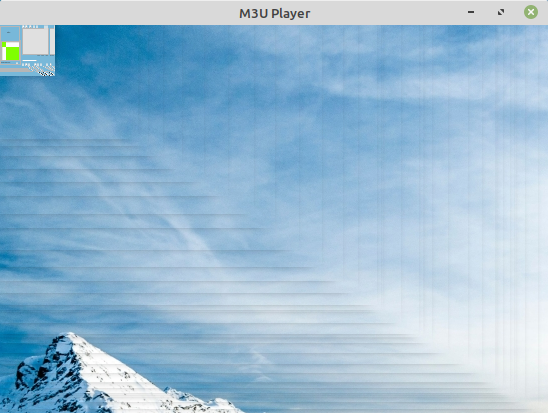 I've posted a revised version in the Resizer thread with a fix. I'm not going to upgrade the M3U in this post unless I add other features. Since I have a soft link in my source directory structure, the updated version is automatically included. The soft link gets copied as a file into source archives.

So, the question becomes, Mr. Breaker-of-Things, do you think this qualifies as a bug in Gambas itself? Not only does the display fail, but my machine runs at 100%!
.... and carry a big stick!
Top

I so wanted to break it again.

Maybe you should try harder?

Funny thing, the same problem doesn't occur with the word indexing program I posted and it uses the same original class file. There's probably a rational reason, but I am not motivated to find it. I'm going with my revised version from now on.

Getting back to the M3U program. I'm kind of surprised at the low number of downloads.

M3U files are text files that list song files to be played. They originate in the Windows world, but are supported by various Linux players (such as VLC). However, I have not found a Linux player which can handled nested M3U files like the Windows media player can. So, I've actually written two music players to handle my old M3U files. One, is a C based ALSA program which in command line oriented, so I can SSH or telnet into another computer and start the player there. The second is this one, a Gambas based version using the quite powerful MediaPlayer control.

The importance of the M3U aspect has declined. I am happy to select my songs simply by clicking on folders. The M3U support remains though throughout this player. In conjunction with a text editor, you can easily listen to songs and build new M3U files, store them in some directory, and select them for play with a simple click.

This player is so much easier to use than any other player I have found. I revamped it as it is intended to be the primary application of a Raspberry Pi as part of a home entertainment system.

Of course, suggestions for further improvements are welcome. Bug hunters are encouraged to follow in Cogier's footsteps and nail this sucker.
.... and carry a big stick!
Top
Post Reply
5 posts • Page 1 of 1