Gambas running in Windows 10 next to Visual Studio 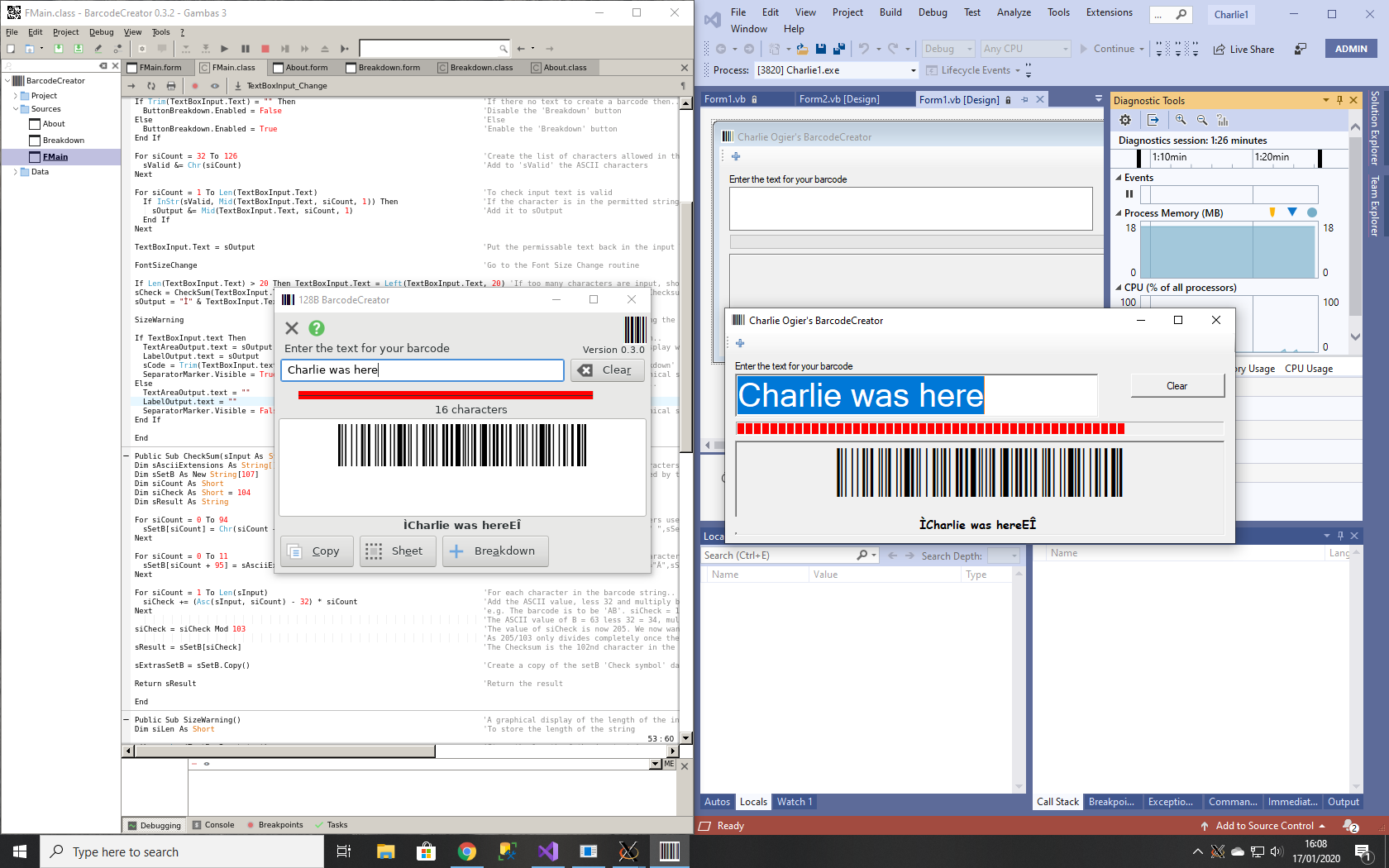 How'd you manage that? Were you using a VM?
sholzy

I'm wondering around lost in the past, not knowing where the present is.
Top

No this is not done with a VM or Cygwin.

My experience with MS Shop was not good and I had to search the web to get MS Shop to point to the correct page. You will need to switch Win 10 to Developers Mode. It is Ubuntu that gives you Linux and Xming that gives you the X server. If you look at the picture above you will see a big 'X' on the taskbar which is Xming. Once Xming is running you can add a 'Shortcut' to the Win 10 Desktop to run Gambas or whatever Linux program you like. I discovered that if you need a special font, as I did, just create a '.fonts' folder in your Home folder and drop the font in there and the system will pick it up. Not everything is going to work, Nemo (file manager) does not do much. Some clever Linux man needs to create a distro with all the necessary included and I am sure someone will.
Top

Thanks! I had a lot of success with VcXsrv too. This seems to be more up to date than xmings, and it is free too. (The up to date versions of xming is £10 per year.)

I tried Gambas under Cygwin many times before, but it always chrashed. This seems stable so far.
Top

Yes VcXsrv is better as it allows windows to resize in real time.
Top

Did you manage to create a shortcut to start Gambas directly from Win Desktop with VcXsrv, as described in your post with Xming?
Top

With me I just get a terminal window making a millisecond appearance...
Top
Post Reply
18 posts